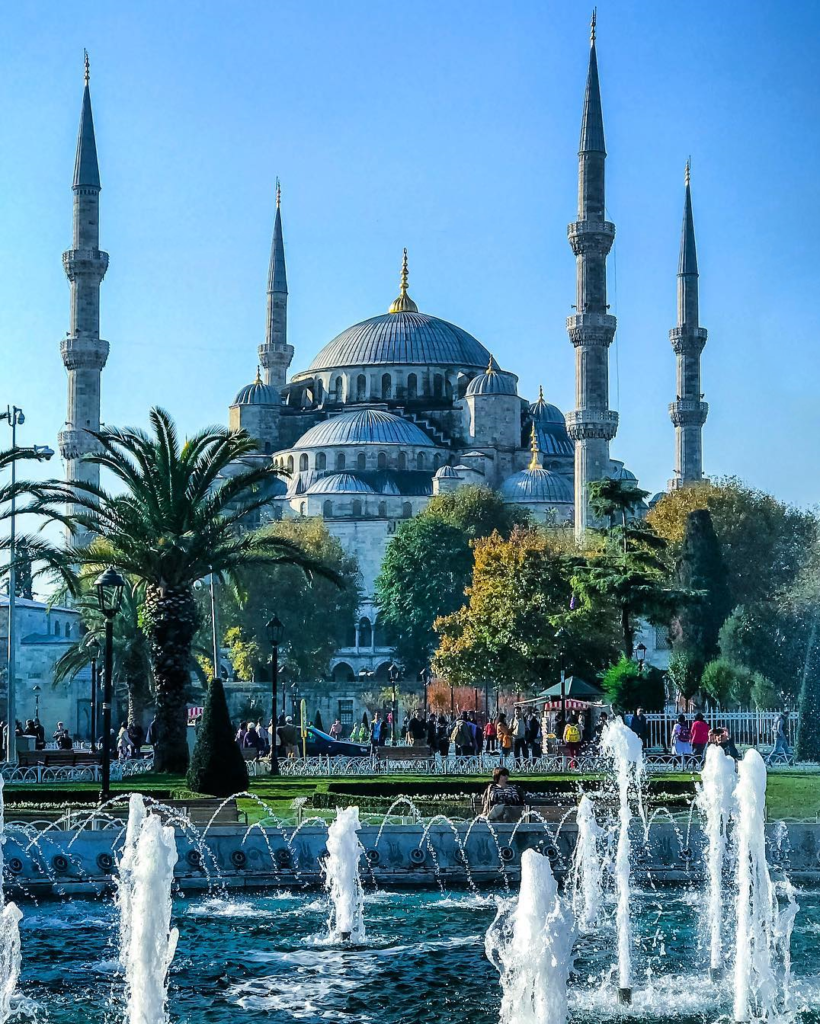 Four days is quite sufficient time to get the feel of any city, so is right with Istanbul. I was travelling with one of my friends, and I had grabbed a travel package for both of us which included return flight, four days hotel stay and airport transfers.

After 5 hours of direct flight, we landed at Ataturk International airport Istanbul. We had already arranged our visa from Turkish Consulate in Dubai; the immigration process was quite fast and straightforward. Having stamped our passports, we headed to pick our luggage, exited from the airport where tour operator representative was already waiting for us carrying a placard of our names.

Our hotel was near Blue Mosque, also known as Sultanahmet Mosque, after around 40 minutes of the drive we reached our hotel and checked in. Having had some rest, we headed to explore our neighbourhood. Blue mosque was approximately 20 minutes walk from the hotel. We kept exploring different shops and restaurants on our way, when we reached, Blue Mosque was offering a splendid view. We sat in a café in front it and admired this masterpiece of art. Keep in mind that Blue Mosque is an active worship place and if you want to visit it then go around prayers times.

Perhaps the most photographed place in #istanbul, Hagia Sophia, constructed in 537 AD, it's been a #church, a #mosque and now a #museum #tukrey #hagiasophia #ayasofya #sultanahmet

Few yards ahead, was another world-famous architect Hagia Sophia dated back to 537 AD when it was built as a church then converted to a mosque in 1453 and now serves as a museum since 1935. Unfortunately, I couldn’t visit in from inside as my friend had little to no interest in it.

On a 15 minute walk from Blue mosque was Topkapi Palace Museum. We decided to call our day off and headed back to our hotel, on our way back, we came across a juice seller and had fresh pomegranate juice in just 5 Liras.

Next day we headed to Pierre Loti Hill by cable car which charges a very nominal fee. At the station we met these cute Syrian kids, they were selling water bottles and small packets of tissue papers to run their family.

I met these cute #syrian kids at a metro station in #istanbul, they were selling small items like water bottles and tissue packs to earn their livelihood. I usually wonder what kind of life they had been living in #Syria? What they had been trough to reach #turkey and how they would be managing their daily lives. ?? #syrianrefugees #syrianchildren #prayforsyria

Though it is a short ride once you reach the top of the hill you can have excellent views of the golden horn. There were also some cafes and restaurants; we had lunch at one of these. At the bottom of the hill, there is a splendid mosque and tomb of the Prophet Mohammed’s (S.A.W) companion, Abu Ayub al Ansari (R.A). 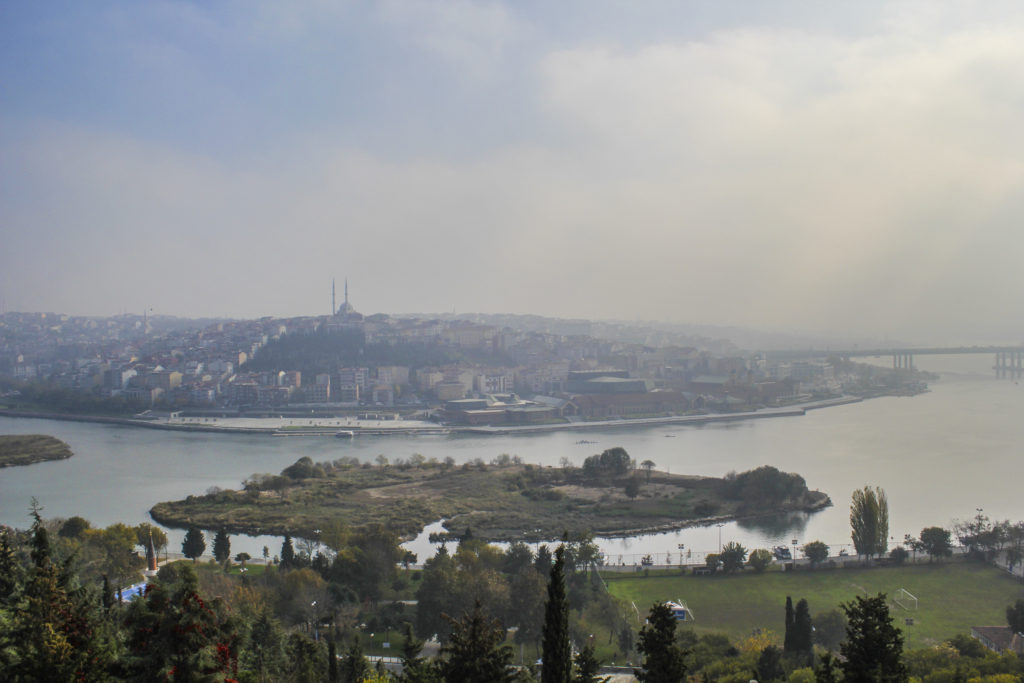 After spending the afternoon here, we headed to Galata Tower, one of the striking landmarks in Istanbul.

For the evening we headed to Bosphorus and booked a dinner cruise. It was fun, and I enjoyed it. Excellent views at night with pleasant weather.

In the evening we headed to Kumkapi neighbourhood, to have a feel of nightlife, and it didn’t disappoint.

Next day, I met one of my business associates, she told me interesting facts about the city, we also experienced public transport, though it was super crowded. We sat in a café and discussed history, food, politics. It is one of the best things which I like about travelling, getting to know other cultures and people.

After thanking her, we headed to a nearby park, whenever I visit any city I try to spend some time in its park as it opens the window into local culture and norms.

Anyone for #fishing? Would you like fishing at this beautiful place? comments please #istanbul #turkey #bosphorous

Spending time in a park never disappoints you. 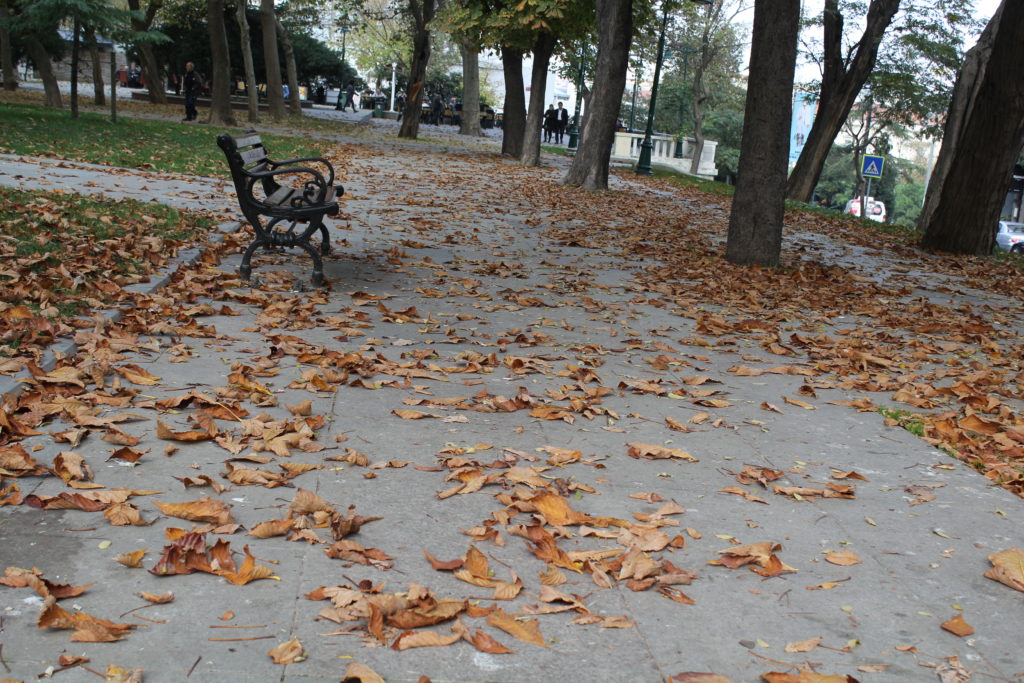 Then we headed to Grand Bazaar; it’s one of the largest and oldest covered markets in the world with over 4000 shops. We bought Turkish delights and some other sweets as our take home. 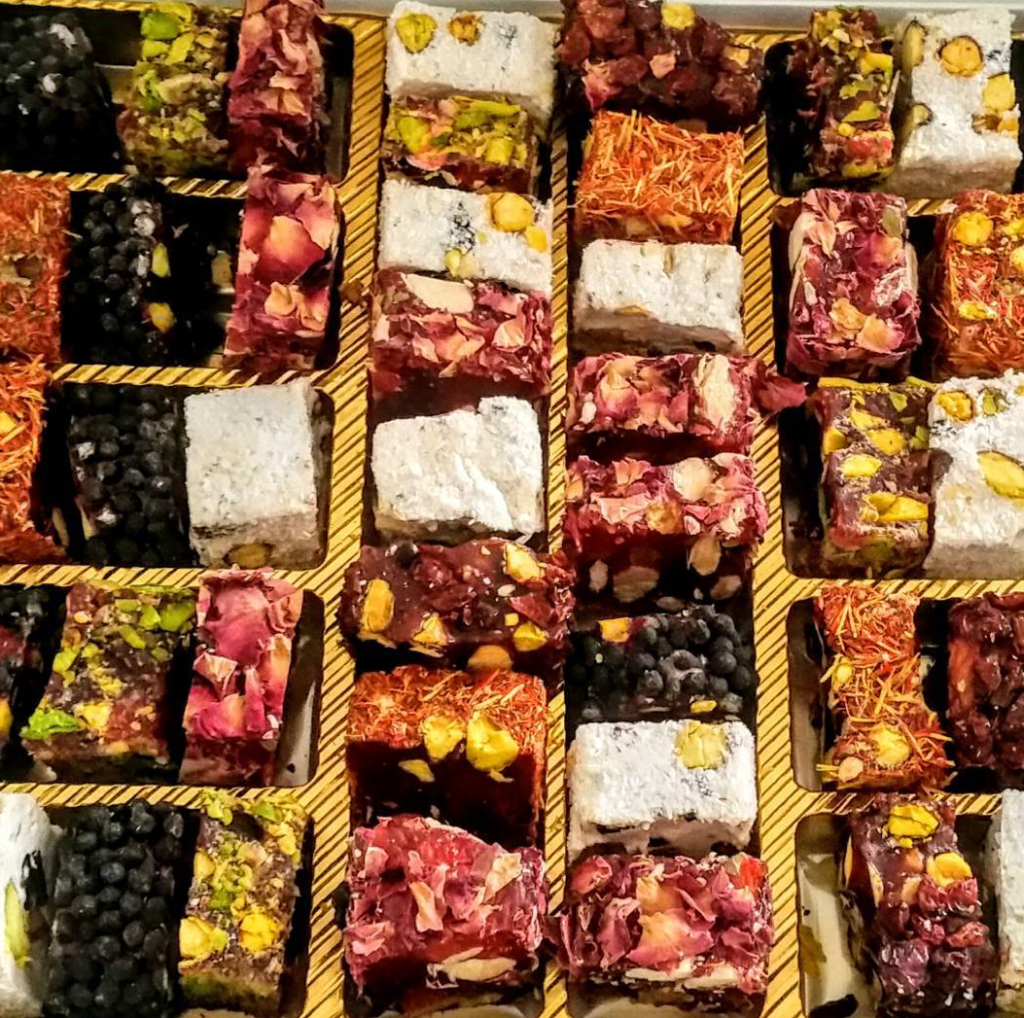 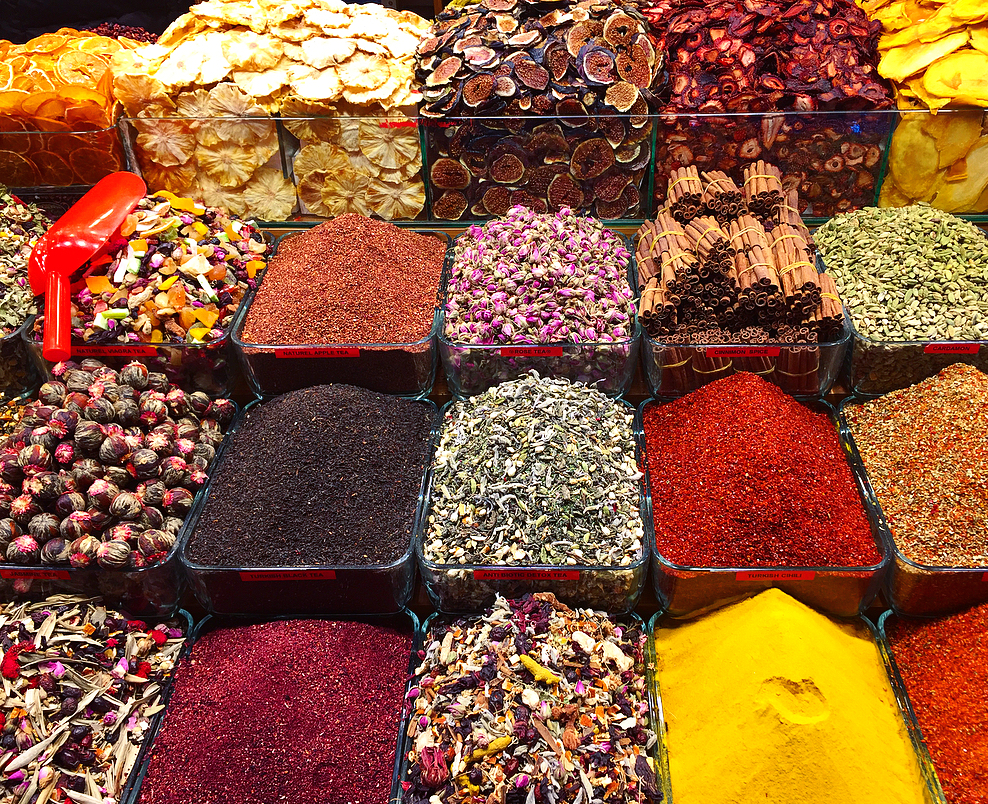 Indeed it was very hustling and bustling place.

In another trip to Istanbul, I dined at Beyti restaurant, and it offered excellent food in traditional Turkish style, I highly recommend to all foodies.

Undoubtedly one of the best #restaurants I ever visited, superb #traditional #turkish #food in #istanbul since 1945 #beyti #kebab #turkishfood #kebab

How to Spend 4 Days in Lebanon
A trip to City of Winds, Baku and Beyond
Trip to Singapore