Being the largest country by land, Russia has always been a highly desired destination for me. While searching on cheapflights.com for my flight from Dubai to Budapest, it showed me an Aeroflot flight option with a transit of around 10 hours in Moscow. I immediately booked it and started preparing the documents to get Russian visa which is usually troublesome for Pakistanis, however, getting a transit visa is relatively more straightforward, and I opt for it. I applied through VFS centre in Dubai and got my visa in 4 days.

I started setting up the schedule for my trip to Moscow as I wanted to get maximum out of this time. The good thing about Moscow it that most of the famous landmarks are in closeby vicinity such as Red Square, St. Basel Cathedral and Kremlin Armoury.

I have also figured out using Google Maps how to get to these attractions from the airport. To save time, I also bought the Aeroexpress ticket online which is an express train service from Moscow airports to key central locations in the city. I want to remind you here that Moscow has three serving airports.

I embarked on my journey from Dubai airport and experienced the Aeroflot airline for the very first time and perhaps for the last time as well. Compared to Emirates, it is an average airliner with not so comfy seats. It was a night flight, and I fell asleep right after the takeoff. After 5 and half hours of flying, I landed at Sheremetyevo airport of Moscow. The terminal was quite small; I started waiting in the queue for my turn at the passport control. After some time I noticed that the immigration officers were asking some passengers to stand aside and wait. On close observation, I realised they are giving special treatment to “Pakis” which are Indians, some Arabs and of course Pakistanis. I felt pity for an Indian family with kids who were also profiled. They were calling these segregated passengers one by one inside their office for additional questioning. Upon my turn, they asked me typical questions like how much time I am going to stay in Russia, what do I do, etc. although all that information was supplied while applying for the visa. Nonetheless, after almost 2 and a half hours of waiting they granted me entry along with other travellers.

When I saw this monument I didn't know the background about it but by just looking at it I felt there must be a strong story behind it , and yes there's definitely one: The Farewell of Slavianka #Moscow #msk #Russia #Slavianka #thefarewellofslavianka #farewell #nomadicpaki

By now it was already, 09.30 am. I headed to catch the Aeroexpress towards Belrousky station. It took almost 40 minutes to reach. The architect was mostly communist type. Right after getting out of the train station, there was a statue which grabbed my attention. The moment I saw it, I immediately said there must be a story behind it. Upon searching it later, I found out that this statue is named Farewell of Slavianka and it commemorates the women who saw their husbands off at Belorussky station during Russia’s early 20th century wars.

The red square was almost 1-hour walk from the train station, and I started walking towards it exploring the neighbourhoods, shops, cafes and most importantly culture. After around 50 minutes of walk, I was able to see the red square. 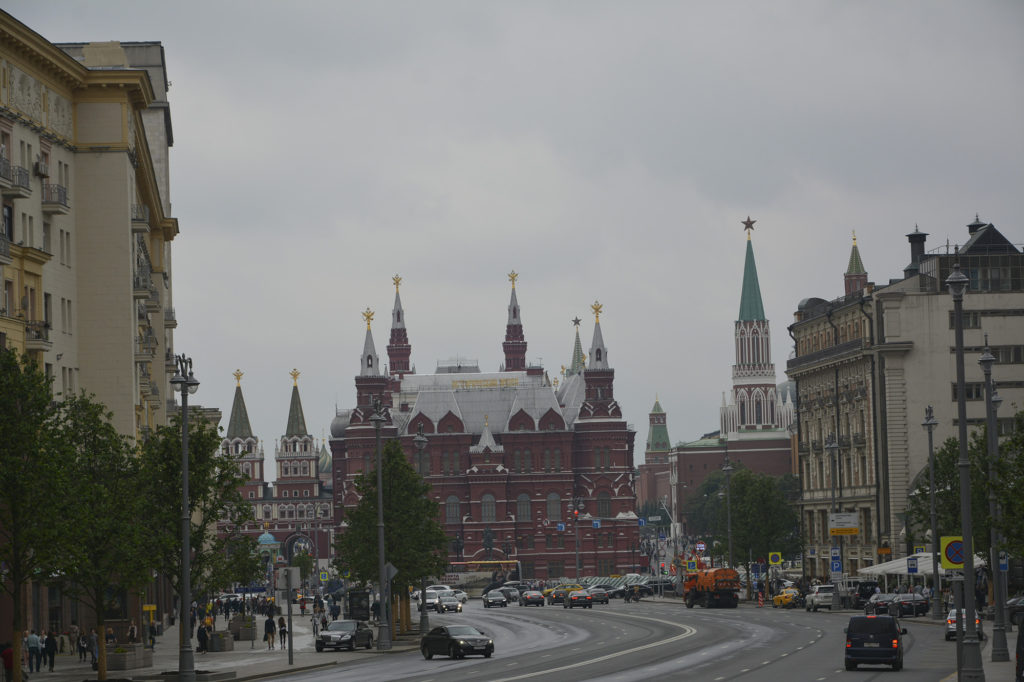 The place was magnificent, but it was super crowded with a lot of tourists.

With so much to offer #redsquare in #moscow remains super crowded all the time however if you really want to beat the crowd you need to be there pretty early in the morning. #russia #moscowcity #nomadicpaki

Just a few yards ahead was the St. Basel’s Cathedral another world famous tourist attraction.

I kept on walking and exploring this architecturally elegant place in the heart of Moscow. It is full of beautiful buildings, I suggest grabbing a coffee and admiring the architecture.

#moscow especially #redsquare is full of impressive #architectures and buildings , just pause yourself at any of such buildings for a few moments and admire the marvelous work.  #Russia #moskow #moscowcity #msk #nomadicpaki

Close by there were some restaurants within the red square complex. I had lunch from here and continued my exploration. 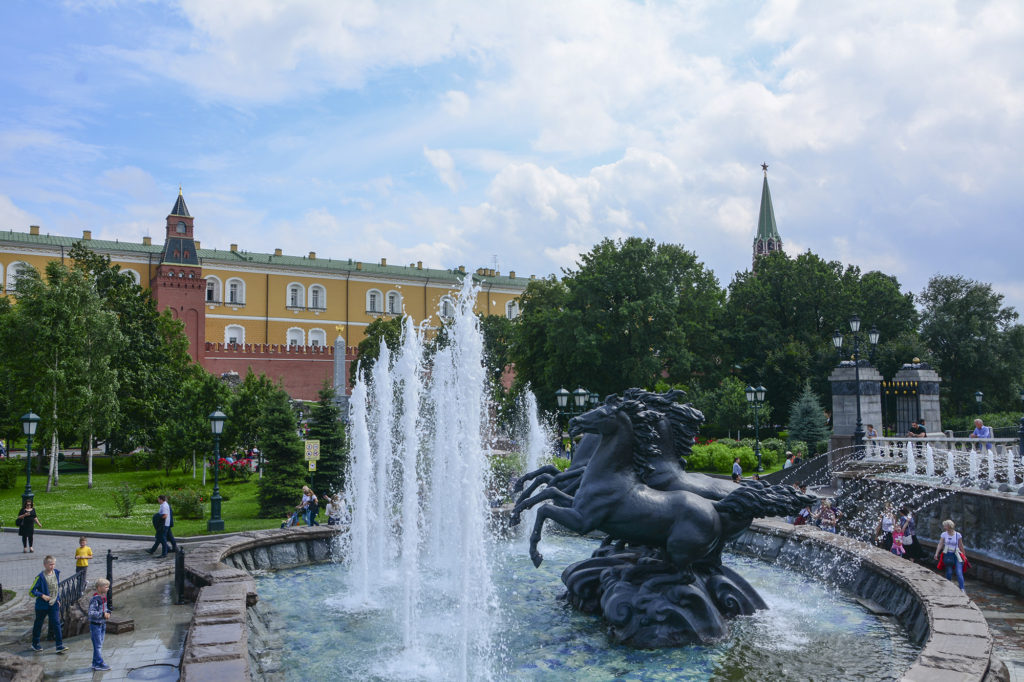 After some time I decided to head to Belorussky train station to get the train to take Aeroexpress to the airport. 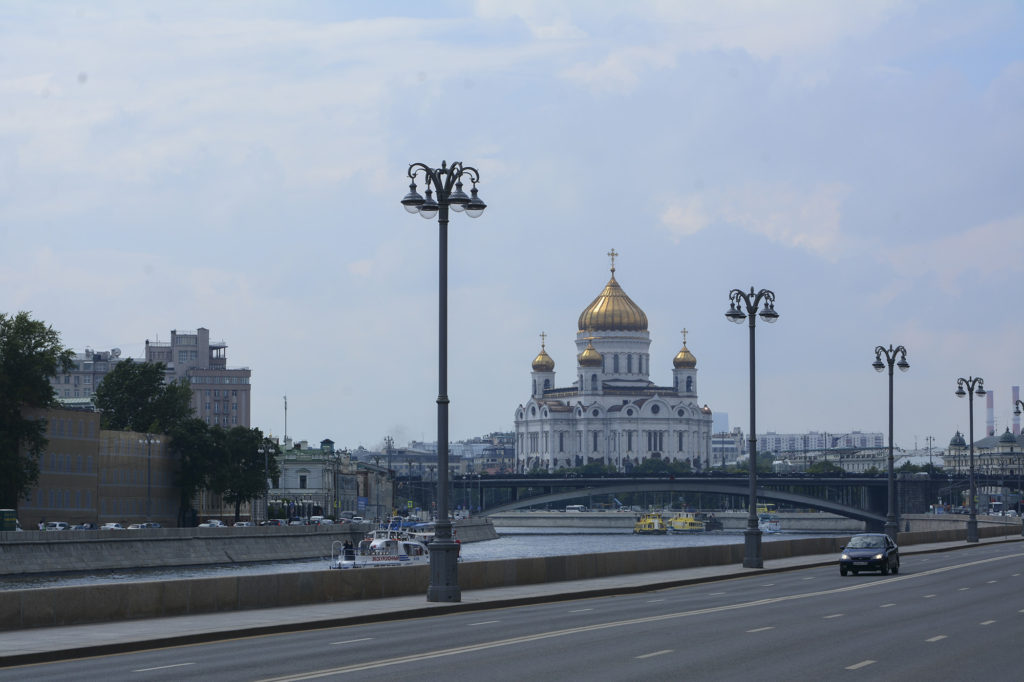 The train station was super crowded every place in Moscow was overcrowded. The language barrier was so apparent that I couldn’t buy the ticket even having spent 30 minutes until a young English speaking lady noticed me in this situation and helped me buy the right ticket.

Having arrived at the right station to get the Aeroexpress to the Sheremetyevo airport. I figured out the platform to catch the express but wasn’t sure if it was the correct one and I started looking here and there to find someone who speaks English. The same woman who helped me purchase the ticket; again came to me and confirmed that it is the right platform. We started having a conversation; she was from Russia and was a medical doctor who was also heading to the airport to begin her vacations. We conversed about different topics such as which other cities and places one should visit in Russia, which Russian dishes and foods are a must try. Borsch, Pelmeni, and Napoleon Cake are to name a few. After approximately 40 minutes of the ride, we reached the airport. She was such a friendly and helpful woman that she even accompanied me to my departure gate. I thanked her from the bottom of my heart for her assistance and bid her bye and kind wishes. Since it was transit flight, I already had the boarding pass to continue my onward journey to Budapest. It was still around 2 hours in my flight departure. I proceeded to the Amber lounge to get some rest until the boarding started for my plane and it was time to say goodbye to Moscow.

All in all, it was a good trip, and one can explore a lot even in a short trip to Moscow, but definitely this city and country deserve more time to be spent in. At the same time, I also feel sad about the immigration process which I had to face and which many travellers have to go through every day.

You can also visit my quick tips on Russia here. Got any questions? Leave me a comment.

Stuff They Don't Tell You About Fairy Meadows
Honeymooner's Trip to The Maldives
Stepping into the void: A magical journey to the picturesque Swiss and French Alps

411 thoughts on “Transit Tour of Moscow”