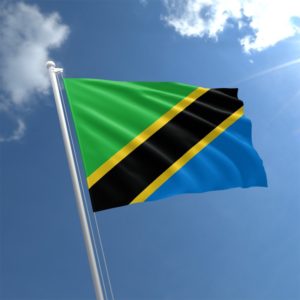 Situated in East Africa, Tanzania is famous for its vast wilderness such as Serengeti National Park, a safari hub occupied by the “big five” game (elephant, lion, leopard, buffalo, rhino), and Kilimanjaro National Park, home to continent’s highest mountain. And if you like island life and coral reefs, head to its offshore territory, islands of Zanzibar where you’ll find Arabic influences.

Currency: Tanzanian shilling but like other African countries US dollars are accepted widely.

Language: National language is Swahili, though many people speak English.

Visa: Pakistanis can get a visa on arrival, but it is advised to prearrange it to avoid delays at the immigration in Tanzania. I got it from Consulate General of Tanzania in Dubai; current fee for all nationalities is 65 US $ if you apply in the UAE.

Climate: Tanzania has varied landscape so is its climate. In the highlands, the temperatures hover around 10 Celsius in winter and 20 Celsius in summer. In other parts of the country, the temperature hardly falls below 20 Celsius. The hottest months are from November to February (25–31 °C) whereas cold month is from May to August (15–20 °C).

It has two rainy seasons; long rains are from March to June while the short showers are from October to December.

Though Tanzania can be visited any time of the year, however, the best time to visit is the dry season between June to October.

Trivia: Approximately 38 percent of Tanzania’s land area is set aside in protected areas for conservation.

Indian cuisine has significantly influenced Tanzanian cuisine since the migration of a large number of Indians.

Dar Es Salam has many good restaurants and not very expensive. I suggest dining at Karambezi Café; it’s on a sea cliff offering excellent views and seafood.

In Dar es Salaam, Julius Nyerere International Airport is the international airport. Though public transport is available, it is not recommended, better to hire a taxi. You can expect heavy traffic during peaks hours, make sure you keep a buffer for it especially if you are heading to catch a flight.

Talking about Dar Es Salaam, I stayed in Hotel White Sands & Resort, and it was super awesome, If you are planning to visit the same city, there are a range of hotels matching your needs. You can find a hotel room starting from 50$/night and a guesthouse starting form 20$. There are many listing available on Airbnb as well (use this link to get 25$ off).

Dar Es Salaam has plenty of options for nightlife creatures. You can head to Havoc Nightspot for mature crowd and fantastic dance floor. You can also try High Spirit Lounge Bar, it’s an open-air rooftop lounge with ocean view.